Former Vice President, Atiku Abubakar has stated that Nigeria is broke and advised the Nigerian government that the 2021 proposed budget is no longer tenable.

The former V-P, in a Twitter thread yesterday, stated that the nation cannot afford the luxurious items in the N13.08 trillion budget proposal. His advice is coming as Nigeria officially slided into a second economic recession in 5 years following 2 successive negative quarters growth.

The Wazirin Adamawa further stated that COVID-19 only complicated an existing economic problem, adding that, “We cannot afford hand-wringing and navel-gazing; we must act now by taking necessary and perhaps painful actions.

“We must invest in those most likely to be impacted by the effects of the recession, the poorest of the poor. As well as stimulating the economy, this also ensures that they do not slip further into extreme poverty”, he stated.

In the same vein, the Socio-Economic Rights and Accountability Project (SERAP) also appealed to President Muhammadu Buhari to cut the cost of governance and implement bold transparency and accountability measures following the nation’s slip into a second recession under his administration. 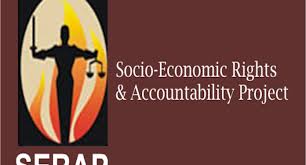 The civil society organisation made the appeal in an open letter dated November 21, 2020 and signed by its Deputy Director, Kolawole Oluwadare.

According to the group, the economic crisis provides an opportunity to prioritise access of poor and vulnerable Nigerians to basic socio-economic rights, and to genuinely recommit to the fight against corruption.