Nigeria’s Second Republic Minister of Power and Steel and also the former Chairman of the Northern Elders Forum, Dr. Paul Unongo, has advocated for a sovereign national conference, if it is going to resolve the myriad of problems facing the country.

Dr. Unongo, who is also Chairman, Governing Board of the Nigerian Educational Research and Development Council, stated this during a LibertyTV discussion programme: “State of the Union” at the weekend.

The erudite statesman and veteran politician, while comparing the state of the nation during his time in the past vis-a-vis  the present situation, stated that at that time, things were more stable and the Nigerian people were more united.

According to him, “Now, Nigerians are more concerned with acquisition and accumulation of wealth, which he said is not to acquire with the intention of developing the society at large, but rather “accumulation has become a goal in itself. Government has now become a business”.

Dr. Unongo, who spoke on the situation in the country, restructuring and other national issues, faulted those that are labelling Nigeria’s amalgamation in 1914 as a mistake, arguing that even the  developed nations like Germany and the rest were formed in a similar fashion. 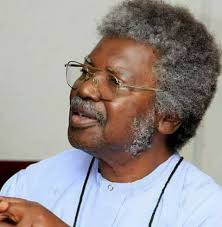 The former minister further said, “Our founding fathers, Zik, Awolowo and the Sardauna of Sokoto came together in unity, irrespective of their tribal and religious differences and agreed to come together and form this nation”, he affirmed.

On the resounding calls from some quarters recently for the restructuring of  the country as well as even its possible break-up as a solution, he blamed the elites, who he said have not learned from the lessons of history, saying they are only interested in sharing wealth instead of ‘baking’ the cake called Nigeria.

He further explained that, “Those founding fathers agreed to form our union saying: ‘we believe it is beneficial for us and the Black race’. But we, the children have failed to build upon that; their only worry is with breaking up Nigeria”.

He advised that the elites should stop that approach and instead focus on ensuring justice, equity and fair play in all their dealings about the country, rather than their mentality of: ‘we, our tribe’, adding that “what should start from the beginning is that ‘Nigeria is sacrosanct’- everything else is secondary”.

“Our elites must learn to make this union work”, he emphasised.